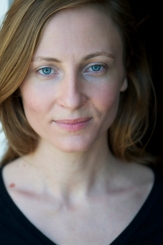 Written by Kate Lee, Workshop moderator and AWNY Committee member
As I walked through Times Square to the rehearsal studio for our AWNY workshop, I got that NYC buzz – a heady mix of excitement and wonder as I make sure I don’t tread on or brush against anything that will make me want to burn my clothes later.
Our studio space was small. It had scuffed walls and hadn’t been swept for perhaps a decade. I peeped into the spacious, airy room next door. The one with the polished floor and windows on two sides. I thought we’d booked this one. The large one with room enough for 15 people? No, you booked 703. Oh. Grit and grind of New York indeed. I arranged the space and put slips of paper on the table by the door. These were for people to write the challenges they’ve experienced in this city. I should have written, ‘separated by a common language.’ Later, I would use these slips for our improvisations. As people began to arrive, the familiarity of the accent, the sense of humor and that sun-shine-like Australian openness lit-up the room. It awes me all the time, the stories of women in New York. From one- to twenty-plus-years living here, each of us had different why’s, who’s and how’s of being in this city.
The workshop began by orientating ourselves in the space and to each other. Classic drama games such as mirroring and molding our bodies are great for this. The aim is to turn off the analytical brain and ‘tune’ ourselves to our own reactions as well as those who are in the room. We then created a series of tableaux that reflected images and feelings of New York life – finances, dating, confidence and speaking up at work. We then moved into the main activities known as Image Theater and Forum Theater. These processes come from a very well-known Brazilian practitioner called Augusto Boal. His ‘Theatre of the Oppressed’ is famous for its ‘spect-actor’ – the notion that the spectator is not a passive observer of the dramatic action. Rather, they become active participants by co-creating, directing and changing the outcomes. This means anyone can join an improvisation and try out different ways of getting what they want.
There is never a straight, nor clear outcome in these processes. In seeing one’s situation enacted in front of them, not only is a person’s feelings validated, but also the group becomes an active mechanism in supporting their process of addressing the challenge. Rather than thinking through a problem, participants get to physically see – and embody – solutions and new ways of being. There are no answers, but the rich discussions that follow draw from the collective knowledge of the group and remind us that we are not alone.
Act Like a New Yorker wasn’t about acting like a New Yorker. Rather, it was acknowledging the challenges that we, as Australians, encounter in this city. And by drawing from the experience of the group, we can see these challenges from a different perspective and perhaps find new ways of addressing them.

Don’t miss our next event

Register for our monthly newsletter and be kept in the loop for our upcoming events where you can meet likeminded Aussie women living and working in New York.