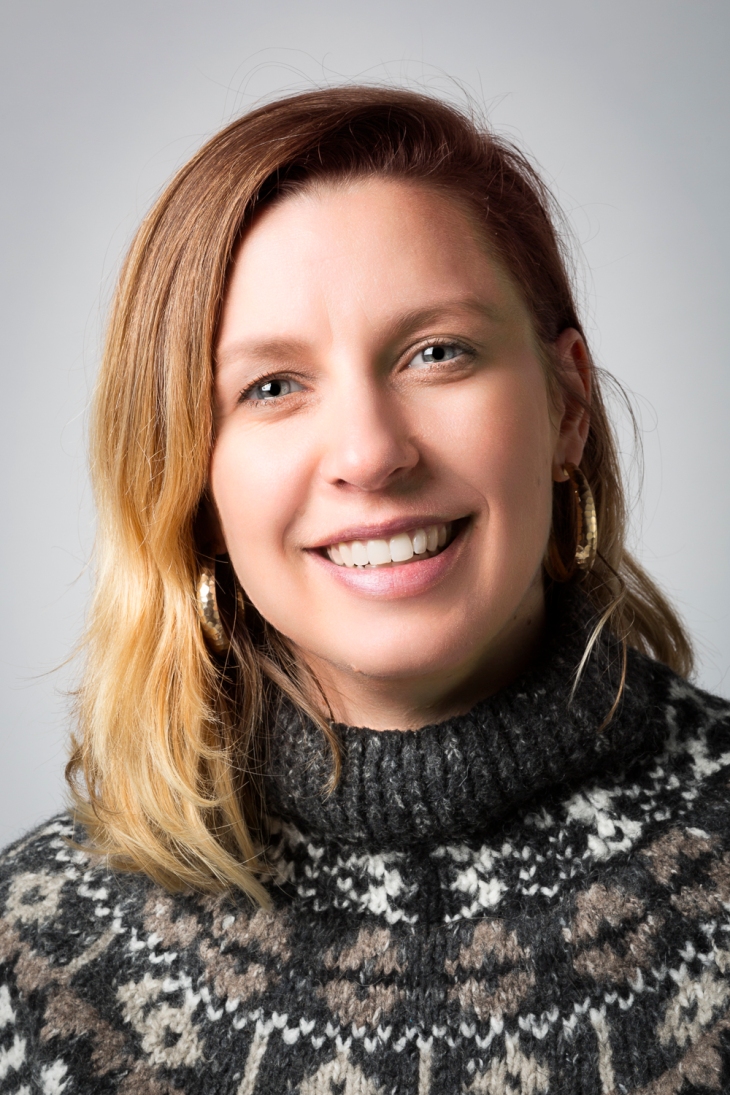 This article was originally posted in 2015. Next week, a play that Alexandra (Ally) and a team of other talented women have created will be performed at Joe’s Pub. Triplight is an irreverent, quirky and dark new musical that explores the precarious life of a musician in the nostalgia-strewn past of New York City – with an original score that fuses indie pop and 90s rock. The play will run from May 30 – June 4 and friends of AWNY can use code TRIPLITE for $5 off their ticket.

We caught up with Ally to hear all about the play and the process involved with putting on a production in New York. You can also read the original interview below.

Tell us about your musical Triplight:

Triplight is about a 90s indie rock band poised on the knife edge of fame who tragically disappear. Twenty year later, their charismatic lead singer Willow Spark emerges from hiding to tell her tale and reckon with a past that will push her to the brink of life and death. The musical features the ghosts of 90s New York, who frequented CBGBs and Kim’s Video and explores this idea of the disappearing city which artists are now fleeing.

I co-wrote Triplight with Brooklyn-based Australian composer Greta Gertler Gold (music & lyrics) – who is an incredible musician who co-penned hits for The Whitlams. We first met on a blind artist date in a Brooklyn café over burritos in 2011. As expats getting by on two-minute noodles, sweat and ambition in NYC, we found we had a lot in common. So that fateful day, we decided to collaborate on a musical. How hard can it be, we thought?! Nine years later after fertility trials, a fire, collaborative storms and reunions, babies and baby’s to be (I’m pregnant as a solo mum by choice), and a series of amazing developments (Rhinebeck Writers Retreat, UCROSS Foundation, SPACE on Ryder Farm, the Tank), we are so thrilled to be invited to present the work at Joe’s Pub from May 30th-June 4th starring the stellar Kristen Sieh (The Band’s Visit) and directed by Mia Rovegno.

As two female artists writing original musical theatre in a male-dominated industry, we are a combination as rare as a sighting of the Tassie tiger. We are deeply passionate about creating work about female protagonists struggling to make art – and we believe in making careers in theatre and music viable for working mothers – which is being lived daily as Greta’s four month old attends all of our rehearsals.

Here is Ally’s interview with us from 2015

When did you arrive in New York?

I moved to NYC from Melbourne in 2006. I am a playwright and I turned up in New York like so many of us do with burning ambition, excitement and youthful naiveté and optimism about how easy it was going to be to crack this city. I also work as a copywriter at Showtime in print advertising.

Where do you live? Why did you choose that area?

I live in Park Slope, Brooklyn – it makes me feel at home because it’s quiet, leafy and more laid back than the madness of Manhattan.

What do you like/dislike about living in NY?

I think it’s a constant wrestle because I have so much here: a career, endless culture at my fingertips, friends and more opportunities in theatre than I would have in Melbourne but the grind is intense and you have to find a way to protect your sanity from it. See this Onion article for more explanation (brilliantly titled “8.4 Million New Yorkers Suddenly Realize New York City A Horrible Place To Live”).

As a writer, too, I am always observing and reminiscing – there’s a kind of built in nostalgia to constantly observing the past, so I miss Australia because it’s my job to look back.

What’s your ‘only in New York’ moment/s?

I think it’s always about the animals for me: a man wearing a tarantula in a transparent box around his neck on Park Ave, another sporting a boa constrictor on 5th Ave, the endless rats who rule the city. Couple that with the nights where you go to a fancy event (for free via some friend of a friend luck) and you meet people you thought only existed on a big screen and there you have New York moments in a nutshell.

Any advice for people moving to NY?

It’s good to come here with a purpose because you can just become flotsam on the swirling tide of New York. That said, don’t give yourself a hard time: it takes years to feel like you belong here. The main thing is to cultivate relationships (easier said than done, I know) – friendships and collaborations are what matter in life and will have a way of helping you find what you want.

Tell us about working in theatre in the US vs Australia?

New York is a city of “yes”. People are full of enthusiasm and can do-ness. I love that. I miss Australia’s gritty theatrical sensibility and self-skewering wit but I don’t miss the “you’re dreaming” expression that people often give you in Aus when you tell them you’re an artist. That said, Australians are deeply loyal and they’ve always supported what I do here. I am eternally grateful for that.

What’s it like as an Australian working in theatre in the US? Have you been accepted or are there some barriers that you have faced?

I have been welcomed heartily – I don’t think people always get my humor or the dark and sometimes unhappy ending side of my work, it’s just not in their optimistic American bones.

What other projects have you been working on?

In 2014, my show Take Me Home, a mobile theatre piece in a New York city taxi happened on the streets of New York in the Other Forces Festival. We keep talking about resurrecting it because there are still so many people who want to see it (we could only have three audience members in the backseat for each show). I wrote a play last year called The Crying Lettuce, which I developed with terraNOVA Collective. I spend less time writing these days than I do producing and fundraising for my play Underland.

Any advice for other people working in the arts about making it in NYC?

I think finding the right collaborators is key. And go out and see as much as you can – every type of art form, not just your own. Also, apply for every opportunity you can, even ones you think you’re not qualified for (read the guidelines and follow them to the letter too). When you apply for things, there are boards of people seeing your work over and over again, so even when you don’t get the grant/fellowship/residency, there are people seeing that you exist and looking at your work and that will help you down the line. Don’t get disheartened if you don’t get what you want first go round. Just keep applying. A one in 50 success rate is good going in New York. And if you need application advice for things, I am always happy to give it because I spend my life writing applications and honing that skill.

I still love walking through the East Village on 2nd Ave, especially early in the morning when it’s just cabs and the city is waking up. For me that stretch epitomizes New York.

Anything you miss about Australia?

Crushed eucalyptus, the beautiful sweeping beaches, my friends and family (of course) and the ambling let’s-not-kill-ourselves-working-and-why-not-take another-day-off-while-we’re-at-it pace.

What are your top 3 tips for friends visiting NYC?

Only three? I always say get yourself a Time Out Magazine and see what’s on. And then take to the city and walk. Just walk New York. It’s the only way to absorb the energy and the diversity from one part of town to the next. And I always take people to Momofuku on 2nd Ave (pork buns a must).

Is there anything else you would like to include here?